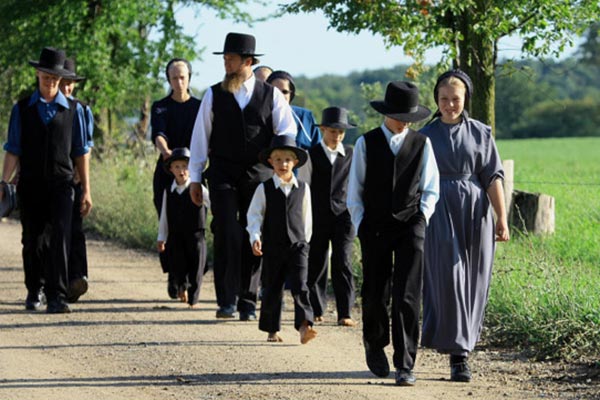 The Amish broke away from the Mennonites over 300 years ago when differences arose between Anabaptist leaders in Switzerland and Alsace seeking a stricter lifestyle, until a complete split occurred in 1693. Many Amish responded to William Penn's invitation to come to America and settle the land, and no Amish now remain in Europe. Currently there are approximately 145,000 Amish men, women and children living in 22 states in the United States and Canada. There are 220 Amish settlements accommodating over 900 geographically determined church districts. Persistence of tradition and slowness to modernize have characterized the Amish as they have steadily sought to preserve their lifestyle. The Amish are characterized as humble folk; hard working, neighborly, agrarian, God-fearing, ethnically homogeneous, who live the simple life and live it well. They have maintained this simple lifestyle existing within a technologically advancing culture, and maintained a peaceful presence independent of the ever changing outside world.

The Amish are probably most well known for their avoidance of modern technology and advancements, a practice that is largely misunderstood. They do not view technology as evil, but rather choose to avoid it. Technologies can be petitioned for acceptance into the Amish lifestyle. In some communities, the church leaders meet to review items for admittance. In others, it is done whenever necessary. The Amish, like Mennonites but unlike the Catholic or Anglican Churches, do not have a top-down governing structure. Differing communities often have different ideas as to which technological items are acceptable. Some may allow the use of computers and phones. 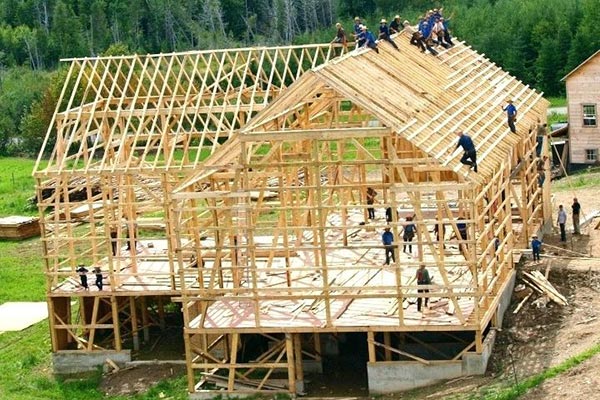 Many Amish are carpenters and wood workers. These trades require electricity to run their tools, and a connection with the outside world to market their products. In certain Amish communities electricity can be used in specific situations. In some groups, for example, it has to be produced without access to outside power lines. Electric generators may be used for tasks such as welding, recharging batteries, and powering milk stirrers. Twelve-volt batteries are acceptable to these groups as the twelve-volt system limits what an individual can do with the electricity, and acts as a preventive measure against potential abuses. Most twelve-volt power sources can't generate enough current to run modern appliances such as televisions and hair dryers.

Amish communities often adopt compromise solutions involving technology which may seem strange to outsiders. For example, many communities will allow gas powered farm equipment such as tillers or mowers, but only if pushed by a human or pulled by a horse. The logic is that Amish farmers will not purchase more land and out-produce other farmers in their community if they still have to move the equipment manually.

The Amish do not have inherent reservations with technology and only oppose its use when it negatively impacts their community. Their emphasis is on community and simplicity, and anything that detracts from that ideology is discouraged or forbidden.

All prices include a 3% cash discount. If paying by any other method, 3% will be added to the final purchase price.